Bulgaria in Same Group as Italy in World Cup Draw 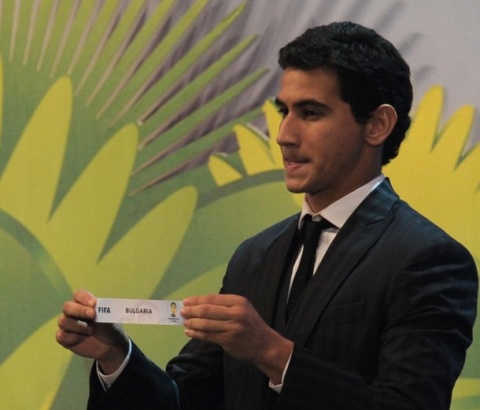 Bulgaria has been handed a tricky test in the World Cup draw as it will face four-time champions Italy, Denmark, the Czech Republic, Armenia and Malta.

"It's an extremely difficult group," former German international star and current Bulgarian team coach Lothar Matthaeus commented a day after the draw for the 2014 World Cup was made in Rio de Janeiro on Saturday.

"I am glad that we will play against strong teams like that of Italy, which is obvious the favorite in the group, "said Matthaeus.

"We respect every opponent in our group and will take up the challenge. I saw a lot easier qualifying groups in Europe in the draw," added the German.

The eight best-placed runners-up will then contest four remaining spots in playoff ties.

Ukraine and Poland, have been drawn together in Group H, which also includes England, one of the top-seeded teams, Montenegro, Moldova and San Marino.

Reigning champions Spain will face 1998 winners France in the same qualifying group. They were paired in European Group I, which also includes Belarus, Georgia and Finland.

Scotland and Wales will face off in an all-British clash in Group A alongside Croatia, Serbia, Belgium and Macedonia in Group A.

The Europe qualifiers for World Cup 2014 are to be played in 8 groups of 6 teams and one group of 5 teams. The 9 group winners will go to Brazil, the worst second team drops off, and the remaining 8 second teams will be playing off each other to fill a total of 13 European squads for the World Cup.