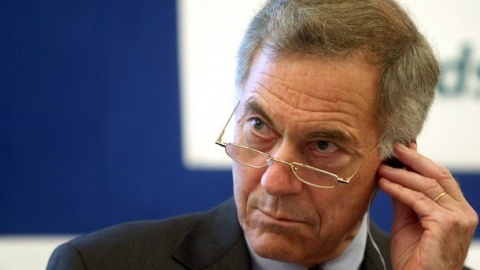 Steve Hanke, the architect of Bulgaria's currency regime and one of the opponents of its Eurozone aspirations says the reason for the good state of the Bulgarian economy is the disciplining role of the currency board.

Hanke spoke Saturday in an interview for the Bulgarian National Radio, BNR, agreeing with statements of the Bulgarian Deputy Prime Minister and Finance Minister, Simeon Djankov, that at this stage Bulgaria will refrain from applying for Eurozone membership.

Djankov announced the information last week in an interview for CNN where he pointed out the countries in the Eurozone were not disciplined enough and must learn from Bulgaria.

The world-renowned economist reminded how as early as 2002, he was the one recommending that a parliamentary majority passes important fiscal decisions and was the first one to propose the idea of a Fiscal Stability Pact.

The three main pillars of the Financial Stability Pact, now pushed by Djankov, to be solidified via constitutional amendments are introducing a limit to allowed budget deficit, restricting the ability of the state to redistribute public funds as a percentage of the GDP, and introducing a qualified majority vote of two-thirds of the votes in Parliament to change Bulgaria's direct taxes.