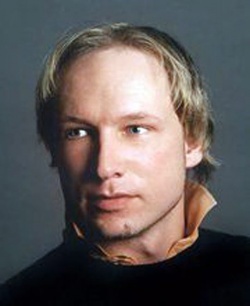 Anders Behring Breivik, the 32--year-old Norwagian who killed at least 76 last Friday, may have received military training in secret Belorussian camps, according to Belorussian oppositional sources.

Breivik visited Belarus in 2005, according to documents found by the Avisa newspaper, the official reason being "seeing viking graves."

However, the leader of the Belorussian Party of Patriots, has been cited as stating that he had other goals in the country.

"Breivik visited Belarus several times. This spring, as part of his preparations for his twin attacks, he visited Minsk, where he underwent training at a secret paramilitary field camp," Mikhail Reshetnikov, the head of the oppositional party, has told the Gazeta.ru online newspaper, citing sources within Belarus's "security organs."

Breivik has admitted committing the bombing in Oslo's government district on Friday that killed at least 8 people and shootings that left at least 68 dead at a youth camp on nearby Utoya island the same day.