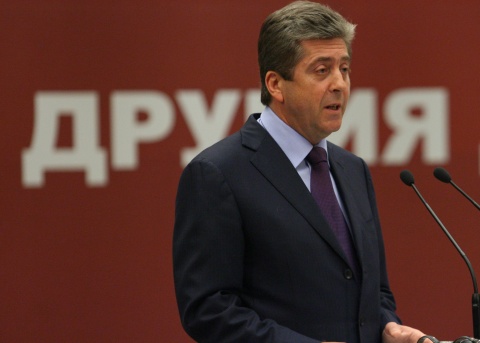 Bulgaria's President Georgi Parvanov himself was revealed in 2006 to have worked for the notorious State Security DS under the code name "Gotse". Photo by Sofia Photo Agency

Bulgaria's President Georgi Parvanov has imposed a veto on legal amendments, which ban former State Security agents from the times of the Communist regime to take up key diplomatic positions.

Following the presidential veto, the amendments will be transferred back to parliament for further debates.

In his motives President Parvanov says that several amendments of the bill adopted on July 14 breach the Constitution and basic principles of international law.

He criticizes most harshly those parts of the amendments, which ban agents of the former secret services from representing Bulgaria abroad and rules diplomats with secret police records to be recalled from abroad.

"More than twenty years after the start of the democratic reforms, our society should have overcome primitive oppositions and it is unacceptable that a legislative body creates new legal conditions conducive to division," Parvanov said.

He went as far as to slam the law for being a tool for carrying out a state policy of discrimination.

The president harshly criticizes the foreign minister for overstepping his powers and taking over the head of state right to dismiss the diplomats abroad.

The amendments to Bulgaria's Diplomatic Service Act were adopted by parliament earlier this month, which paved the way for kicking out of office the country's 35 ambassadors proven to have been collaborators of the communist regime's secret service.

The changes initiated by Foreign Minister Nikolay Mladenov were designed to rectify the huge scandal that shook the Bulgarian government in the fall of 2010 with regards to the diplomats' lustration (i.e. limiting the participation of former communists, and especially informants of the communist secret police in the civil service).

The Foreign Minister was outraged after at the end of 2010 the so-called Files Commission, the special panel examining the Communist era documentation, revealed that almost half of Bulgaria's ambassadors abroad, in a number of key countries – from the UK to Russia and China, had been collaborators of the former State Security Service.

President Parvanov himself was revealed in 2006 to have worked for the notorious State Security DS under the code name "Gotse".