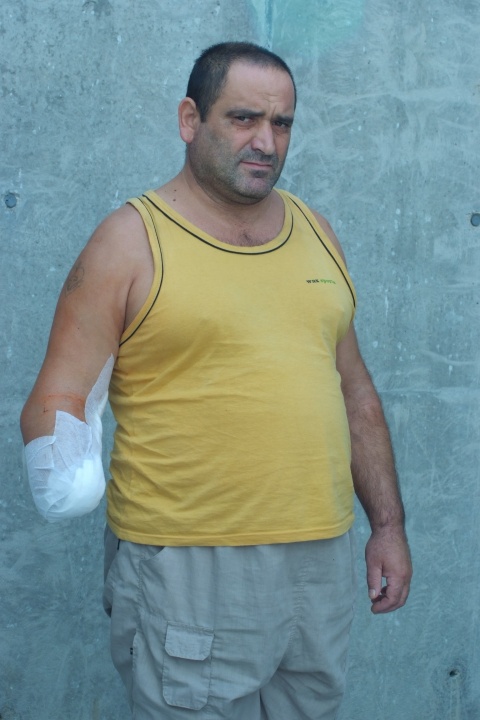 Milko Mihalev from the Bulgarian town of Provadiya lost his right hand after a procedure prescribed by a cardiologist. Photo by BGNES

The Bulgarian National Patients Rights Organization demands termination of the right to practice medicine of a doctor from the Black Sea city of Varna over an irreversible mistake.

Milko Mihalev, 42, from the town of Provadiya, near Varna has lost his right hand after a procedure prescribed by a cardiologist.

The nightmare begun on July 7 when the man went to his family physician with acute chest pains. The doctor issued a referral for a cardiologist.

The latter conducted a cardiograph and sent the patient to a private clinic in Varna where he underwent a procedure and his right hand was bandaged. Mihalev insists no one warned him of possible complications.

Very soon after the bandaging, the man felt severe pain and his hand and arm went numb. The family called an ambulance and now say the medics, who came, never checked the arm. Two days later Mihalev had been referred to the Saint Anna hospital in Varna where, in the course of 5 days, doctors made 4 unsuccessful attempts to save his arm. The fifth had been done in the "Tokuda" hospital in the capital Sofia, where the arm was finally amputated.

Mihalev, a father of 2, had been employed as a driver and can no longer practice his profession.

The National Patients Rights Organization demands an investigation in the case from the Executive Agency Medical Audit, the Bulgarian Cardiologists Union and the Health Ministry and is asking the Bulgarian Doctors Union to terminate the medical practice rights of the cardiologist.