Bulgaria Should Follow in Estonia's Footsteps after Moody's Upgrade - Expert 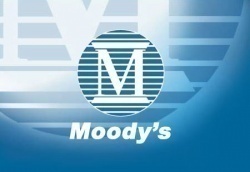 Moody's recent upgrade of Bulgaria's debt is the first step towards distinguishing it clearly from the troubled countries in the region, a local expert argues.

"This is the beginning of a process of differentiation, which - if brought to an end through sound economic policies - can restore investors' confidence in Bulgaria despite the problems of the other countries in the region," Georgi Angelov, Senior Economist with the Open Society Institute – Sofia, has commented.

"In 2009 Estonia was able to steer clear of the problems of the Baltic countries and achieved a rapid recovery of investments and economic growth. Now Bulgaria has a chance to achieve such development," Angelov says.

However, this will require stepping up efforts to cope with the budget deficit as quickly as possible and adopt a reformist economic policy, he adds.

Moody's Investors Service upgraded on Friday Bulgaria's government debt ratings to Baa2 with a stable outlook from Baa3 in a long-anticipated review.

Now Bulgaria has the highest rating of all the Balkan countries, higher than Greece, Romania, Macedonia, Turkey, Serbia, Montenegro, Albania, Bosnia. Only Slovenia, a member of the euro area has a higher rating. Moreover, Bulgaria's rating is even higher than that of the troubled euro area member states - Portugal, Greece, Ireland, Latvia, Hungary - which was not so only a few months ago.