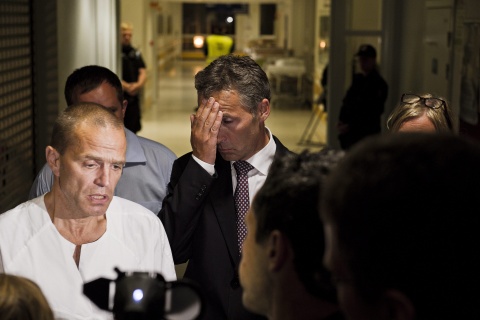 Latest data of the Norwegian police indicates that no Bulgarian citizens have been hurt in Friday's twin terrorist attacks in Oslo and on the Utoya Island, the Foreign Ministry in Sofia said.

Latest data indicates that a single suspect described as a Christian fundamentalist, 32-year-old Anders Behring Breivik killed at least 84 people, mostly teenagers, in his shooting rampage at the Utoya Island where Norway's ruling Labor Party held a youth camp, and another 7 people in the bomb attack in downtown Oslo.

The Bulgarian Embassy in Oslo has declared readiness to provide aid to Bulgarian and EU citizens. Its contact information is as follows:

"Bulgaria condemns today's terrorist attack in Oslo, in which innocent people have been hurt," Mladenov declared. "This act committed in a busy spot of the city and in proximity of the office of Norway's Prime Minister is absolutely unacceptable from both a political and a human point of view. I express our most sincere condolences to the relatives of those killed and injured," Bulgaria's Foreign Minister said.

The explosions rocked Norway's government headquarters in the downtown at around 3:30 pm CET on Friday; this was followed by a gunman attack on a Norway Labor Party youth camp on the island of Utoya.