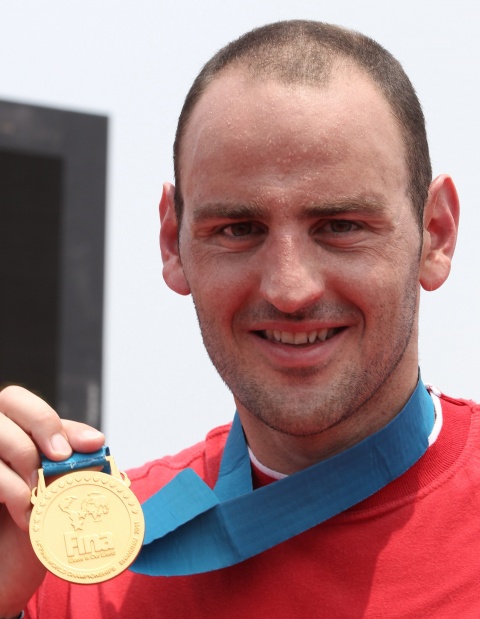 Bulgaria's top swimmer Petar Stoychev has triumphed with the gold at the 25 km open water race in the World Swimming Championship.

Stoychev, who is turning 35 in October, managed to defeat his competitors at the world water sports competition in Shanghai, China, on Saturday, while the race itself attracted criticism because the water temperature exceeded the safety standards at 30.4 degrees Celsius.

"This was probably my last world championship. I had never won a gold medal from a world championship before so it never crossed my mind that I could do it today," Stoychev, who has won the world cup multiple times, said after the race, as cited by BGNES.

He further explained he was aiming at participating in the 2012 Olympics.