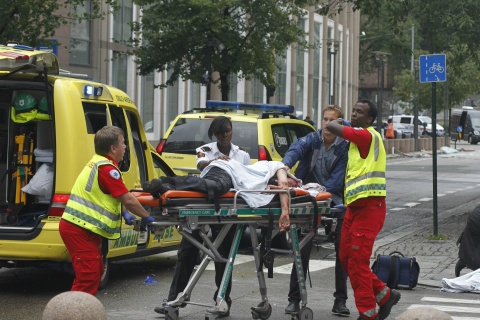 Several people have been killed by the gunman who opened fire at a youth camp of the Labor Party on the island of Utoya 50 km away from Oslo after the capital was rattled by a bomb attack, according to reports.

The gunman attack has resulted in several deaths, according to Norwegian TV2.