Bulgaria to Strike Back at Russia with Lawsuit over Belene NPP 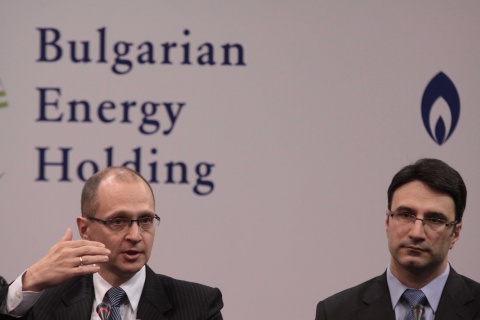 Bulgaria's Ministry of Economy, Energy, and Tourism has made it clear that it is going to strike back at Russia's Atomstroyexport, a Rosatom subsidiary, with a counter lawsuit over the construction of the Belene nuclear power plant.

Earlier on Friday Atomstroyexport, the company chosen to build the second Bulgarian NPP, the 2000-MW plant in Belene, formally confirmed Thursday night's reports in the Russian media that is has filed a lawsuit for EUR 58 M against Bulgaria's National Electric Company NEK at the International Court of Arbitration in Paris, comes as a result of NEK's failure to pay on time for already completed works.

The lawsuit in question, however, and its potential Bulgarian counterstrike refer to a dispute over equipment delivery payments, and not to the final decision on the fate of the Belene project that the Bulgarian has to make.

In a special statement released Friday afternoon, Bulgaria's NEK has stated it is surprised that it learned about Atomstroyexport's lawsuit from the media, and that it has not been notified formally about it by the Russian state company.

NEK has further made it clear that it will launch a counter lawsuit against Atomstroyexport over the delivery of equipment worth EUR 61 M.

NEK claimed that it has repeatedly asked Atomstroyexport for the payments that it owes under a contract to buy back the old equipment at the Belene NPP construction site. NEK explained that the delayed payments by Atomstroyexport over the contract in question is the reason it terminated its payments to the Russian company.

According to the Bulgarian state electricity company, Atomstroyexport has said in a letter that it deems the Bulgarian claims justified, and offered a new deal for settling the equipment payment questions.

NEK also stated that it is "open for dialogue" for the resolution of the existing problems.

Earlier on Friday, the Bulgarian Economy Ministry said that it is "deeply convinced" that the lawsuit in Paris "is not a new approach chosen by the Russian side for the Belene NPP negotiations."

The Russian company Atomstroyexport itself has underscored in a media statement that the lawsuit it filed with the International Arbitration Court "should in no way be viewed as a measure of exerting pressure" in order to force the Bulgarian government to make a final decision on the fate of the vastly troubled and controversial Belene nuclear project.

Atomstroyexport claims that it has been completing tasks on the Belene project on credit, on Bulgaria's request, and regardless of its dispute with the Bulgarian government over the price of the NPP, and the need to sign a final construction contract.

In the event that the talks between NEK and Atomstroyexport for Belene fail, the Russian state company will most likely file a EUR 1 B lawsuit against Bulgaria but such a development would not occur before October 2011, if it does at all, because the two governments have negotiated a 3-month extension on the final decision that Bulgaria has to make.

On July 1, NEK and Atomstroyexport signed an annex extending by 3 months their contract for the construction of the Belene NPP, the new "Annex No. 13" to the 2006 contract.

The newly-signed document effectively provides the two parties with a deadline until September 30, 2011, to hammer out answers to questions related with the technical project for the Belene NPP, the market analysis by the project consultant HSBC, and further progress on the contract for construction and supplies, which is to be made more flexible to meet requirements by potential international investors.

However, it does not contain a commitment to a certain deadline for reaching a final construction deal. The greatest issue over which Bulgaria and Russia have been haggling for the past two years under the Borisov Cabinet has been the price of the project, with Russia insisting it should be no less than EUR 6.3 B, while Bulgaria is demanding a price of no more than EUR 5 B.

A provision in the new annex to the Bulgaria-Russia Belene deal provides for the setting-up of a financial working group of the involved parties to clarify the conditions for funding offered by Russia.