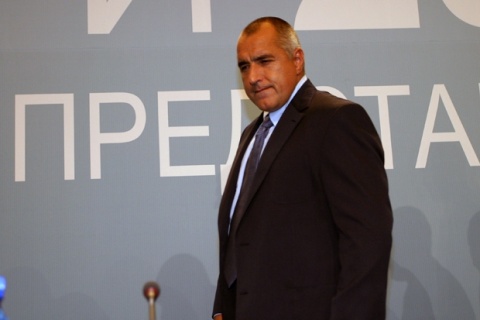 Bulgarian Prime Minister, Boyko Borisov, says there are already some leads in the case of the Tuesday blasts at the offices of two opposition parties.

Bulgarian Prime Minister, Boyko Borisov, who previously hinted that two opposition parties have blasted their own offices on purpose, recanted the statement Thursday.

He ended up blaming his GERB parliamentary group for the blunder.

Two explosions shook Bulgaria's capital early Tuesday. The first blast went off at 3:58 a.m. in front of the headquarters of the conservative Order, Law and Justice Party, RZS, in downtown Sofia.

About twenty minutes later another explosion ripped off the air in front of an office of the party of former Prime Minister Ivan Kostov, Democrats for Strong Bulgaria, which is a part of the parliamentary Blue Coalition.

Immediately after the incidents, Borisov stated that "some parties seek to make noise – they must create intrigue; must make tiny explosions, otherwise they will be forgotten."

Hours later, the parliamentary group of the PM's ruling Citizens for European Development of Bulgaria, GERB, party issued a declaration saying "there is a coalition of the underground and opponents against Borisov, tossing around bombs and flash drives, mounting billboards, shouting and being terribly upset we are not losing our cool."

On Thursday, the PM explained he was misunderstood and had in mind an explosion in front of Kostov's house years ago.

"I oppose this declaration. They issued it without asking me. I scolded the GERB spokesperson because I did not learn aboutit  first hand. One should not accuse someone before there is proof – it is one thing to make an assumption, but another - to have it in an official declaration," Borisov said, putting the blame on his Members of the Parliament, adding in such incidents politicians must be united because the criminal bosses are watching, and such provocations can topple any cabinet.

The PM informed he had a scheduled meeting later during the day with the RZS leader, Yane Yane, to talk about possible suspects in the explosions case.

Borisov also reported that there are some leads, but the authorities must find sound evidence and then reveal names.