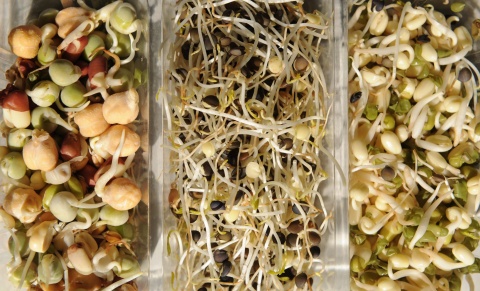 A file picture dated 06 June 2011 shows different types of sprouts in boxes at a supermarket in Hamburg, Germany.

A total of 96 Bulgarian farmers have submitted requests for compensations, mostly in the southern regions of Plovdiv (30) and Blagoevgrad (25).

The farmers are eligible for compensations for their unsold or unharvested produce as a result of the widespread panic.

EU's EUR 210 M e. coli compensation package aims at helping vegetable growers who have suffered major financial losses due to the dangerous outbreak that has already killed over 50 and sickened more than 4000.

Cucumbers from Spain were initially blamed as the epidemic's source. Fenugreek seeds from Egypt were subsequently identified as the cause of the outbreak.