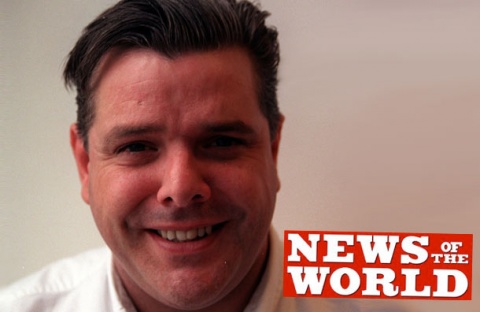 Sean Hoare claimed News of the World staff has been actively encouraged to intercept phone messages and tap the mobiles of celebrities. Photo by Sunday People

A former News of the World journalist who made phone-hacking allegations against the paper has been found dead, BBC reported.

According to him the then editor Andy Coulson actively encouraged his staff to intercept phone messages and tap the mobiles of celebrities.

A police spokesman said the death was currently being treated as unexplained, but was not thought to be suspicious.

Hertfordshire Police said Hoare's body was discovered after police were called to his home in Langley Road, Watford at 1040 BST on Monday.

They said: "The death is currently being treated as unexplained, but not thought to be suspicious. Police investigations into this incident are ongoing."

Hoare had told the BBC's Panorama and BBC Radio 4's PM that phone hacking was "endemic" at the NoW.

He also said the then NoW editor Andy Coulson had asked him to hack phones - something Coulson has denied.

Hoare has admitted he had problems with drink and drugs – the reason he left the paper – but he said that was “irrelevant”.