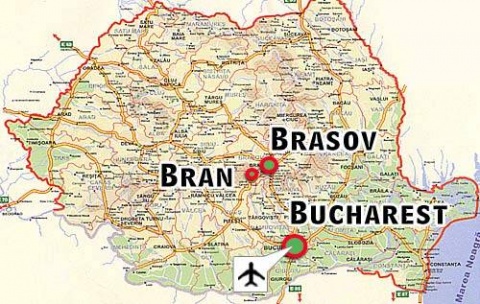 Bulgaria-bound detonators went missing from a train on the way from Brasov to Bulgaria. Map by wseas.us

Four containers with detonators bound for Bulgaria have been stolen from a train in Romania.

A total of 64 detonators for rockets shipped from the Romanian city of Brasov to Bulgaria are found to have disappeared from the train that was transporting them even though the shipment was guarded by 10 Romanian gendarmerie officers, the Bulgarian National Radio reported Sunday.

The absence of the arms shipment was discovered Saturday afternoon at the customs office in Romania's Giurgiu, right before the train was supposed to enter into Bulgaria.

Romania's military prosecutor's office has taken up the investigation of the case. It is still unknown in what part of the journey the detonators went missing but the seals on two of the railway cars are found to have been broken.