Ex Bulgarian Chief of Staff Probed as US Informer 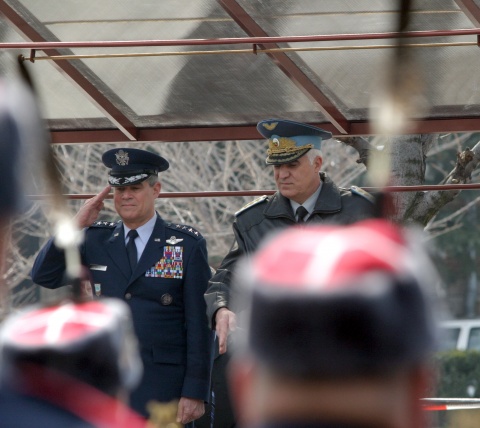 Bulgaria's State Agency for National Security (DANS) is probing within its authority revelations of the whistle-blowing site WikiLeaks that former Chief of General Staff, Nikola Kolev, has provided valuable information to the US Embassy in the beginning of 2003.

The information was reported by Prime Minister, Boyko Borisov, during parliamentary control Friday as a response to a question coming from the Member of the Parliament from the far-right, nationalist Ataka party, Pavel Shopov.

Borisov explained DANS does not have investigative functions, but if there is evidence confirming the Wikileaks report, this evidence would be turned to the Prosecutor's Office.

The cable in question was released on June 15 by WikiLeaks and provided to the project for investigative journalism www.bivol.bg.

According to the US diplomatic cable, "Gen. Kolev has leveled charges of corruption within the Ministry of Defense, MOD, in a (thus far) still secret report delivered to the President and senior MOD leaders."

Kolev, who is currently Chief of Staff of President, Georgi Parvanov, and the Presidential Office declined any comments at the time.

MP Shopov replied he was satisfied by Borisov's answer because details were not as important as the fact the case is being investigated.

Meanwhile, Bivol.bg commented they were still not able to find out the exact meaning of SIMO, which in another cable, has allegedly confirmed that Borisov was involved in major traffic in methamphetamines.

Bivol points out that no one is probing the PM, because Chief Prosecutor, Boris Velchev dismissed the above said cable as rumors, adding this is definitely a "double standard."