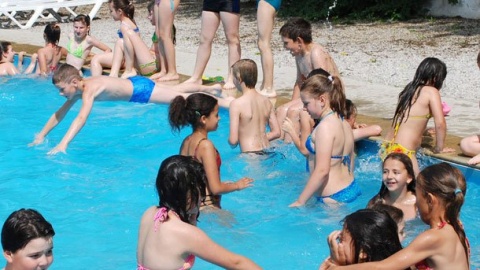 The German media have published headlines warning about the safety of Bulgarian beach hotels and their swimming pools in particular.

"Be careful with swimming pools in Bulgarian hotels – they can suck you into death," one headline reads, cited by the Bulgarian National Radio, BNR.

The senseless death of the 13-year-old Sara shook Germany, where the strongest outrage comes from the fact the pool in the "Berlin" hotel at the Golden Sands resort worked without a permit and the bars of the pump were broken, but visitors, including children, were allowed to use it.

A probe, which came following the incident, showed that only 56 of the 220 swimming pools in the resorts in the Varna Municipality, including Golden Sands, have the respective official authorization.

German media further ask the rhetoric question why German tourists continue to visit illegal pools where their lives are in danger and cite the statement of a female doctor from the city of Varna, saying the girl's death was caused by criminal recklessness.

The father is reported to be devastated. He brought the girl to Bulgaria to distract her and himself from the death of her mother, who passed away two years ago, and lost his beloved daughter as well.