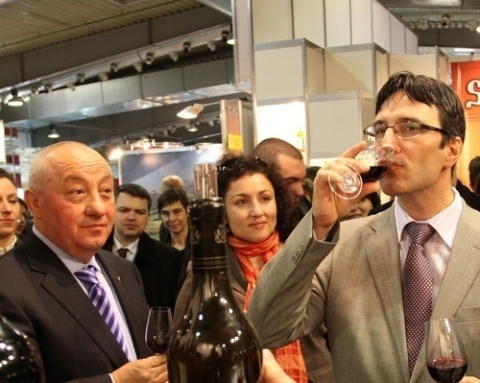 Bulgaria's Cabinet has declared firmly it will take the case for the ownership of the Plovdiv International Fair to the highest court of appeals, after the Plovdiv Appellate Court restored the company to businessman Georgi Gergov.

On Tuesday, the Plovdiv Appellate Court overturned the ruling of the Plovdiv Regional Court to annul the two increases of the capital of the Plovdiv International Fair company and to return the majority stake in the Fair to the state.

Bulgarian Prime Minister Boyko Borisov was the first to react Tuesday night, stating that the government will appeal the decision with the Supreme Court of Cassation, while the Minister of Economy, Energy, and Tourism Traicho Traikov elaborated the Cabinet's motives on Wednesday.

Traikov declared that the Plovdiv Appellate Court has ignored the fact that the two increases of the capital of the Plovdiv International Fair company, which allowed Georgi Gergov to take it over, were not duly registered, as well as the fact that the Bulgarian Parliament had imposed a ban on the privatization of the state company.

According to the ruling of the Appellate Court in Bulgaria's second largest city, the two increases of the capital, making Gergov's company "Puldin Tourinvest" owner of the Fair, were made legally.

The two capital increases were made in 2006 and 2007, reducing the State's stake below 50% and making the municipal-private company "Puldin Tourinvest" a majority stakeholder. In 2008, Gergov acquired the majority share package of the company, which was not slated for privatization, by purchasing them from restitution owners.

At the time, Gergov immediately replaced the Fair's management, appointing close associates to key posts under the approving eye of the former, Socialist-led three-way coalition cabinet.

Soon after the cabinet of the Citizens for European Development of Bulgaria (GERB) party came into power, Economy and Energy Minister, Traicho Traikov, declared he would return the ownership of the Plovdiv Fair back to the State. The first idea was to increase the capital, but the move could not be carried out without the agreement of "Puldin Tourinvest."

In April 2010, Traikov submitted the case with the Court after a probe of the deal involving the Fair revealed a number of violations of the trade and privatization laws.

At the end of January, 2011, the Regional Court magistrates made their judgment on the grounds that at the time of the first increase of the capital, the company was no longer a property belonging solely to the State, but a shareholder association thus then Economy Minister, Rumen Ovcharov (from the Bulgarian Socialist Party) did not have the authority to make a single-handed decision about the increase.