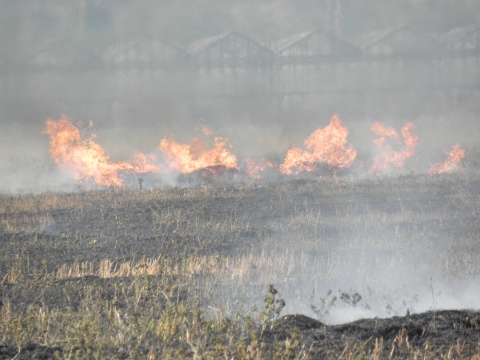 Bulgarian farmers have the custom of setting stubble-fields on fire, which often triggers wildfires. Photo by BGNES

A code red, which the highest level of alert, over the danger of wildfires has been declared Tuesday in the southern Bulgarian region of Haskovo.

The Regional Directorate "Fire Safety and Protection of the Population" announced the measure is in connection with the mercury remaining steadily above the 35 degrees Celsius mark and the approaching pick of the wheat-harvesting.

Currently only one third of the wheat fields have been harvested, but there have been 17 fires already, which is near the number of those from the entire summer of 2010.

Farmers, who set fires on purpose on stubble-fields and have failed to secure the safety of their lands face fines of up to BGN 2 000.