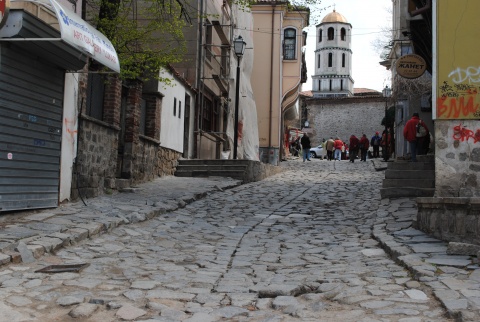 The so-called "Old Town Plovdiv" is the most visited tourist site in Bulgaria's second largest city. Photo by BGNES

The number of Bulgarian and foreign tourists, who have visited Bulgaria's second largest city of Plovdiv, has increased significantly.

The data comes from the Tourist Informational Center in downtown Plovdiv, cited by the local daily "Maritsa."

In June 2011, people from 44 different countries have visited Plovdiv, mainly from France, the UK, Germany, and the US. They latter have also shown the strongest interest in sightseeing, cultural events, entertainment, food establishments and shopping.

The Center has further registered a 10% increase in visits of the two internet sites www.eventsplovdiv.info and www.plovdiv-tour.info.