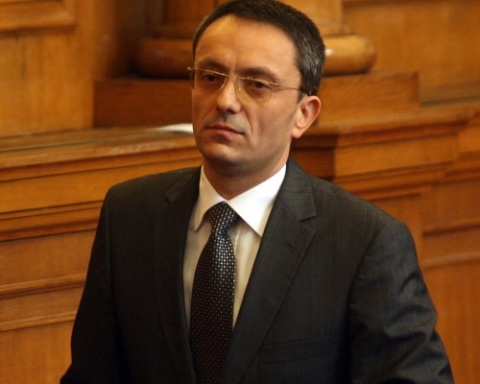 Dimitar Chukarski became the third member to leave the RZS party, citing disagreements with the policy of the leadership, which he has described as “too radical”. Photo by BGNES

Sixteen now-independent Members of the Bulgarian Parliament have so far voiced their desire to create a new political formation.

The news was announced Sunday for the Bulgarian National Radio, BNR, by independent MP, Dimitar Chukarski, formerly from the group of the conservative Order, Law and Justice party, RZS.

Chukarski said the 16 are united by their right-wing views and the opinion the current cabinet is the best for Bulgaria at the moment.

Regarding the much debated issue of how to redirect the State subsidies the independents have received for being elected on the ballot of a particular party, and should they be redirected, the MP stressed previous Parliaments have always used the opportunities to redirect, citing the names of the leader of the right-wing party Democrats for Strong Bulgaria, Ivan Kostov, and his former leader, the Chair of RZS, Yane Yanev.

According to Chukarski, half of the new independent MPs have been deprived of their right to work in different Parliamentary Committees thus of the right to voice political opinions.

Meanwhile, Stoyan Ivanov, who became the latest MP to leave the ranks of the far-right, nationalist Ataka party, declared he would remain independent and he was leaving his subsidy to Ataka.

"I am leaving Ataka; I am not joining any group, and to be clearer – stop the insinuations with this party subsidy – I consciously missed all deadlines to transfer the subsidy to another formation. I am leaving it to Ataka," Ivanov said.