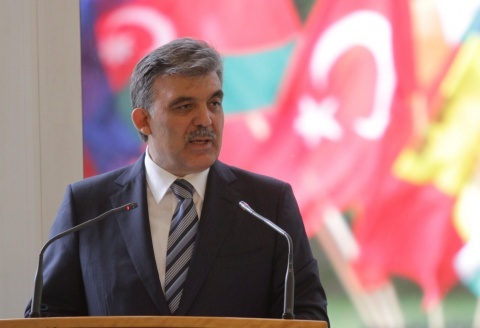 Turkish President Abdullah Gul will visit Bulgaria for the first time since his election in 2007. Photo by BGNES

Some streets in downtown Sofia will be closed for traffic beginning Sunday – one day ahead of the visit of Turkish President Abdullah Gul.

Gul will arrive in Bulgaria on July 11 on an official two-day trip on the invitation of his Bulgarian counterpart, Georgi Parvanov.

This will be the first official visit of the Turkish head of state to the country after his election for president in 2007. The visit was initially planned for the beginning of the month but was postponed because of the parliamentary crisis and the creation of a new government.

Gul will be accompanied by a large delegation of businessmen, according to the Bulgarian Telegraph Agency (BTA).

The visit will be used to discuss opportunities for boosting bilateral cooperation and the implementation of joint projects in the sectors of construction, infrastructure, healthcare, spa tourism, organic agriculture and livestock breeding