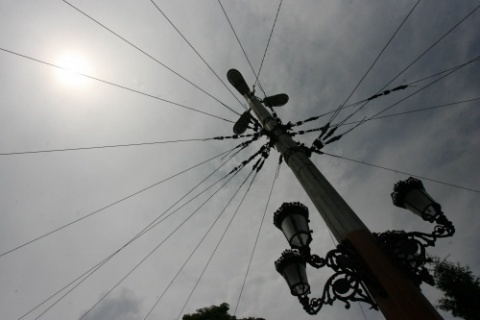 Bulgaria plans to sell the minority stake in E.On, EVN and CEZ-operated electricity distributors on the Bulgarian Stock Exchange. Photo by BGNES

The company, which will broker the sale of the state-owned 33% stake in E.ON Bulgaria units, will pocket at least BGN 1.2 M, the sale body announced.

First Financial Brokerage House, which was picked in June to broker the sale of the government's stake in E.ON-operated electricity distributor, will earn 0.1% of the value of the sold shares, the Privatization Agency explained on Friday.

The contract with First Financial Brokerage House has already been signed. It will expire in a period of 6 months, which means that by the beginning of next year, the sales must be completed.

Bulgaria plans to sell the minority stake in E.ON, EVN and CEZ-operated electricity distributors on the Bulgarian Stock Exchange in a bid to enliven the local stock exchange and boost revenues. Each of the units includes two companies in charge of sales and grid operation.

Bulgaria, struggling to cover its widest budget deficit in a decade, plans to sell minority stakes in other energy utilities as well.

E.ON serves households in North-Eastern Bulgaria, including the Black Sea city of Varna. Czech power utility CEZ supplies power to over 2 million households and companies in western Bulgaria, while EVN serves the south-eastern parts of the country.

Bulbrokers, a local financial and investment company, has been picked to broker Bulgaria's 33% stake sale in Austria's EVN AG unit, while Central Cooperative Bank - the same government's share in Prague-based CEZ AS unit.