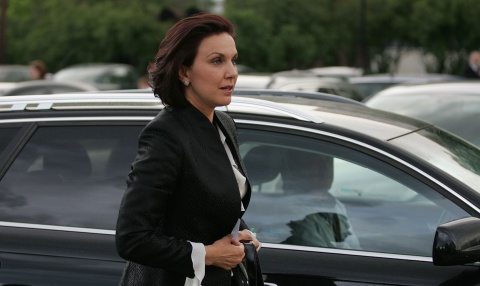 "We are deeply worried by what is going on and we are certain that such longtime criminal activity could not have stayed in existence without serious organizational work and protections. We have reason to believe that an organized crime group is active at Sofia Airport, whose members have been integrated in the staff of the ground handling operators", Parvanova claims in a letter to Tsvetanov.

Drawing attention to the numerous signals about irregularities in the activity of ground operator Sofia Airport EAD, she says that a number of non-governmental organizations, media outlets and social network subscribers press for putting an end to these corrupt practices.

She reminds of the instant reaction to the theft of former US Ambassador to Bulgaria John Beyrle and urges a similar commitment to cases involving Bulgarian and foreign citizens.

Earlier Thursday, in an interview for bTV Deputy Transport Minister Kamen Kichev defined Parvanova's act as "totally non-Bulgarian, ugly and non-patriotic", specifying that Sofia Airport boasted one of the lowest levels of complaints about unauthorized interference with luggage.

According to Kichev, 10 complaints had been filed so far , resulting in a ratio of 2 per 10 000 pieces of luggage.

In comparison, EU standards, applied by all carriers, allowed for 3 to 5 complaints per 1000, he said.

In a response issued Thursday by Sofia Airport, the company asserts that passengers' luggage is serviced under enhanced security measures.

The airport authorities also add that they cannot be held responsible for Parvanova's stolen wristwatch because the flight was executed by Bulgaria Air, which takes care of the ground handling services on its own.

Despite that, the statement reads, the airport authorities have conducted an inside investigation, the results of which have been submitted to the Regional Airports Directorate Border Police within the Interior Ministry for police investigation.