Is Macedonia the Troll of the Balkans? 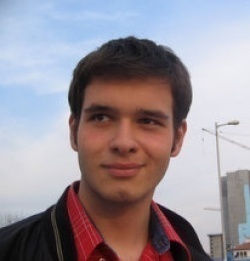 What do Alexander the Great, Byzantine Emperor Justinian the Great and medieval Bulgarian ruler Samuil have in common?

They are all historical figures who happened to be active at certain point in the Balkan region of Macedonia, which includes parts of what nowadays are Bulgaria and Greece, as well as the whole eponymous country.

So, the Former Yugoslav Republic of Macedonia, whose independent history as a nation started no earlier than 1944, decided to celebrate these and other great rulers raising massive monuments in their honor, a gesture that aims at "proving" the are all, in fact, Macedonian.

"The Very Ancient (Former Yugoslav) Republic of Macedonia" may look like a possible solution to the name dispute with Greece now. It does sound ridiculous, but spending tens of millions of a nation's meager state budget on building kitsch statues of foreign heroes and a triumphal arch (?) in the capital trying to substantiate your made-up history is not less ridiculous.

Of course, Macedonia is an independent country and may spend its money in any bizarre ways it feels like. But the problem is that its neighbors feel like their historical legacy is being mocked with.

Even though no independent historian would take the Macedonian provocations seriously, it is quite annoying – the way trolls in Internet forums are annoying, and even more so.

Needless to say, I do not mean to generalize about the whole Macedonian nation – there a lot of normally thinking individuals, too – and they even had oppositional media until recently.

But if the Macedonian government in particular does not change it childish attitude, the country may very well lose is EU candidate status, as Commissioner Stefan Fuele already warned. Unlike most Balkan politicians, he is not likely to be joking around.