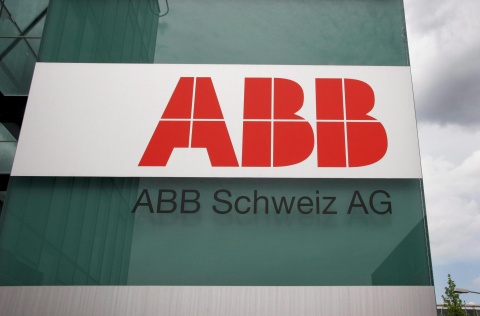 Logo of ABB Ltd., the world`s largest builder of electricity grids, photographed in Zuerich-Oerlikon, 02 May 2008. EPA/BGNES

The Bulgarian subsidiary of Swiss-based engineering manufacturer ABB Group has marked the employment of its 1000th employee in Bulgaria, the company announced in a statement.

ABB Bulgaria has managed to accomplish the doubling the number of its employees within two years, thus securing jobs to a significant number of people, even in regions with a high unemployment rate. The company statement stresses its slogan "A better world begins with you".

Global engineering giant ABB has been present in Bulgaria through the ASEA and respectively BROWN BOVERI companies for over 80 years and since 1993, through a local organization. At present, ABB Bulgaria has a major role on the Bulgarian market of power and automation equipment, supplying solutions for energy efficiency.

ABB operates in Bulgaria through three companies in six locations, the main focus being on production.

The three ABB manifacturing plants situated in Bulgaria's Petrich, Sevlievo and Rakovski. They products and components, acting either as key suppliers to other ABB factories within the ABB Group, or delivering ABB products to end customers.

The production within the ABB factories in Bulgaria is accomplished according to ISO 9001 standard certification.

"We at ABB have always believed that our employees are the greatest asset of our company and thus our primary investment is the one we make in people, in the development of their skills and talents. This is actually what a better world begins with." – said Peter Simon, Country manager of ABB in Romania, Bulgaria, and Moldova.

ABB Automation EOOD in Rakovski located in the Rakovski Industrial Zone in the south is the most recent industrial unit of the ABB Group in Bulgaria, which started production in 2009 and which has recently celebrated 500 employees in the Plovdiv region alone.

ABB in Bulgaria has been recognized as the "Investor of the year" in 2009 by the InvestBulgaria Agency and winner of the "2010 Award" offered by the Bulgarian-German Chamber of Commerce, as an acknowledgement for the ABB factory in Rakovski which employed 300 people during 2010.

The ABB Group of companies operates in around 100 countries and employs about 124,000 people.