Bulgaria's Capital to Open Museum of Totalitarian Art in September 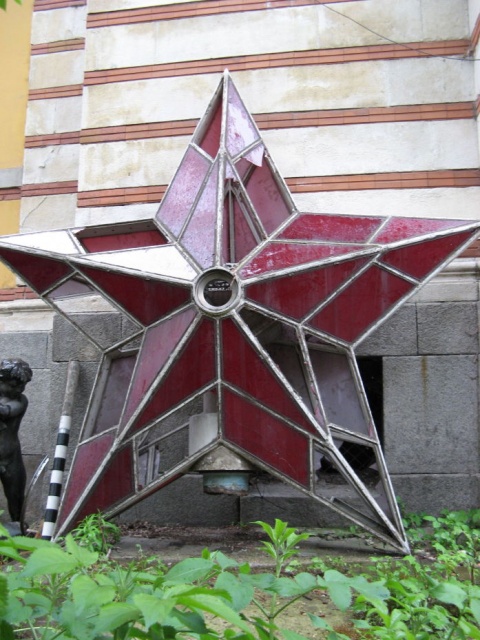 A photo showing the red star removed from the Communist Party Headquarters in Sofia on October 04, 1990. Photo by thebearlair.com

A Museum of Totalitarian Art will be officially opened in Bulgaria's capital in September 2011, announced Culture Minister Vezhdi Rashidov.

The future museum will be located in a building spanning 7500 square meters, which will also be used by the folklore ensemble "Philip Koutev" and as a depot for paintings.

The site designated for the exhibition, previously used by the now defunct private TV channel 7 Days, is on 7 Lachezar Stanchev Str.

"A new generation will emerge", he said, "young and pure, which must not be deprived of the history and heritage of its people".

The Culture Minister cited as an example the statue of Lyudmila Zhivkova, daughter of Communist party leader and head of state Todor Zhivkov, defining it as a classical and outstanding portrait of a human head.

If the Soviet Army Monument in Sofia is dismantled and removed, it will also be placed there.

According to Rashidov, the much-discussed June graffiti makeover of the monument failed to bring into the spotlight the author of the work of art, who, in his words, is an undisputed master in the genre.

In the last week of June, an unknown artist or group of artists changed the Russian Red Army soldiers into superheroes and comic book characters, among whom Superman, Santa Claus, Ronald McDonald , Captain America, Batman's sidekick Robin, and the Joker.

The pop art creation staid in place three days, after which it was washed in an as-much-discussed overnight cleanup operation.

The Culture Ministry has earmarked around BGN 3 M for the renovation of the future premises of the Museum of Totalitarian Art.