Sporting Gets Closer to Snapping Up Bulgaria's Bojinov 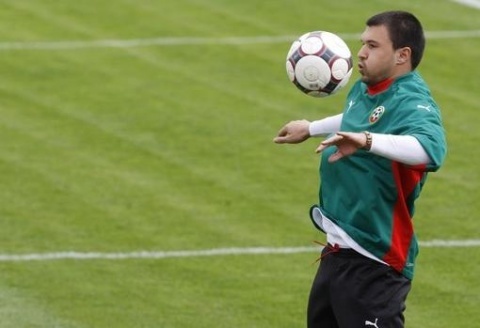 Bojinov might be transferred to Sporting Lisbon. Photo by Novsport

Portuguese giants Sporting appear closer to sealing the deal for Parma's unsettled Bulgarian striker Valeri Bojinov, as a representative of the Italian club was negotiating in Lisbon Sunday.

"I can confirm Sporting Lisbon are one of the sides who are very interested in Bojinov and are in negotiations for a possible transfer," Bojinov's agent Gennaro Palomba told the A Bola newspaper, according to Sky Sports.

However, Palomba pointed out it was not yet certain he will go to Sporting, since there were other teams who are interested.