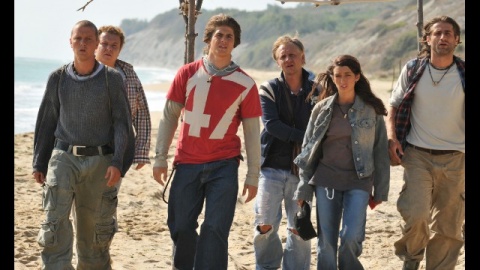 A shot of the main characters in the Bulgarian movie "Sneakers". By the festival's official website

"Sneakers", the debut feature of young directors Ivan Vladimirov and Valeri Yordanov, was also one of the 17 selected for competition for the festival's prestigious Saint George award.

The film exudes a contagious energy that reflects the zeitgeist of a generation according to critics, cited by Euronews.

"Sneakers" tells the story of six young people trying escape from the failures in their families, love lives and ambitions, fleeing the big city to settle at the quiet sea coast.

Spainish film "The Waves" (Las Olas) by Alberto Morais received the main Saint George award of the 33rd edition of the festival. The prize was awarded by the head of the board of judges, Charlie Chaplin's daughter Geraldine.