Relics of Maximus Confessor to Travel to Bulgaria 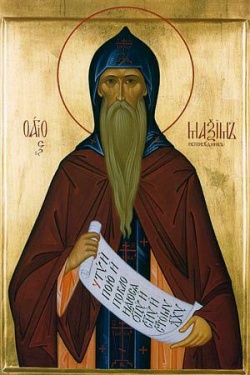 The relics of the great Christian Orthodox theologian St. Maximus the Confessor will travel from Mount Athos and be laid out for veneration in the patriarchal St. Alexander Nevsky Cathedral in Sofia Sunday.

The relics of St. Maximus will be laid out for veneration after 1.30 pm, after the end of the official solemn mass commemorating the 40th anniversary of the enthronement of Bulgarian Patriarch Maxim.

The relics St. Maximus are kept at the St. Paul Monastery in Mount Athos and only rarely travel abroad. Up to Thursday, they will visit other places in Bulgaria, making stops at Silistra, Varna and Plovdiv.

St. Maximus the Confessor lived 580-662, being born in Constantinople and died in exile in Georgia. He is considered one of the greates theologians in the Eastern Orthodox world, having laid down key percepts of christian philosophy in the East.