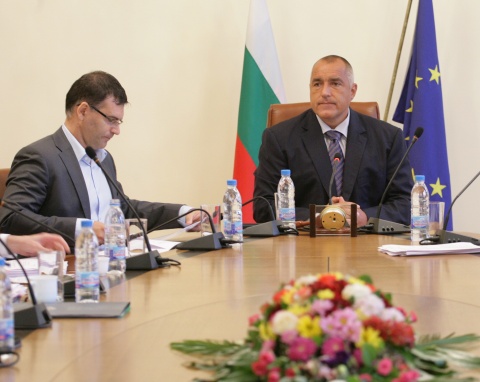 The Bulgarian center-right GERB government dispelled the intrigue it had created itself by deciding to up the minimum wage, but not retirement pensions in the country, starting September 1.

In the past weeks PM Boyko Borisov, Minister of Finance Simeon Djankov and Minister of Labor and Social Affairs Totyu Mladenov gave conflicting signals about just what and when will be upped.

Wednesday the Cabinet decided to increase the minimum wage starting September 1 from the current BGN 240 to BGN 270.

This also means a concurrent increase in fees quantitatively tied to the minimum wage, such as fees in the public health system, but also political party subsidies.

Regular pensions will not be indexed, but widows'/widowers' pensions will be increased to 26.5% of the pension of the husband/wife deceased, up from the current 20%.

The measure is estimated to cost some BGN 15 M for the minimum wage and BGN 50 M for the widow pensions until the end of 2011.

After the Wednesday cabinet sitting, FinMin Simeon Djankov said the central government will not be giving additional funds to finanically troubled municipalities to make up for the increase, sparking fears of widespread defaulting of local authrorities.

Bulgaria is set to hold presidential and municipal elections on October 23.