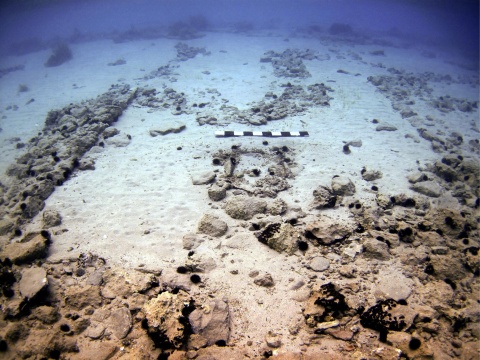 File photo of an ancient town in the Greek Aegean Sea. EPA/BGNES

The Black Sea could turn in a worldwide attraction for underwater tourism if countries cash on the story that the Biblical Deluge happened in the area, according to Bulgarian archaeologist Petko Dimitrov.

According to Prof. Dimitrov, who is the director of the Underwater Archaeology unit of the Oceanology Institute at the Bulgarian Academy of Sciences, there are enough findings in the Black Sea's aquatorium to make it an attractive destination for that kind of tourism.

"If the hypothesis that the Biblical Deluge occurred at the Black Sea is popularized, Bulgaria can draw many more tourists," said Dimitrov.

He added that a number of underwater museums with special diving access can be created along the Bulgarian Black Sea coast.

According to him this idea nevertheless has this far not met any support from relevant institutions.