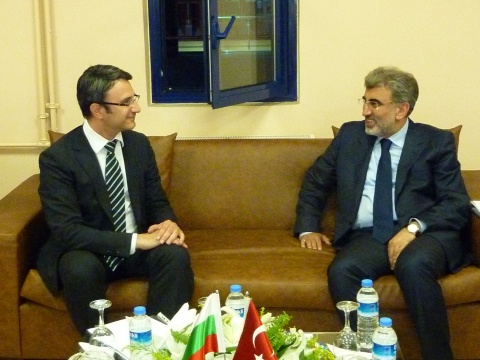 The Bulgarian government is no longer trying to make the future gas interconnection between Bulgaria and Turkey a section of the EU-sponsored gas transit pipeline Nabucco, Economy Minister Traikov announced.

The gas pipeline connecting the natural gas networks of Bulgaria and Turkey could be ready by 2014, and through which Bulgaria could be receiving up to 5 billion cubic meters of natural gas per year, Bulgaria's Minister of Economy, Energy, and Tourism Traicho Traikov told the Members of Parliament on Friday.

Back in 2010, Traikov was convinced that the future Bulgaria-Turkey gas interconnection would become "the first operational section" of the Nabucco pipeline. The idea was endorsed in the fall of 2010 by the Prime Ministers of Bulgaria and Turkey Boyko Borisov and Recep Tayyip Erdogan, the rationale being that the two countries could thus be entitled to use EU funds for the missing gas network link.

Bulgaria's decision to give up on merging of Nabucco and the Bulgaria-Turkey pipeline comes after in May 2011, Nabucco Gas Pipeline International GmbH pushed back the start of construction of its EUR 7.9 B pipeline to carry Caspian natural gas to Europe to 2013; thus, Nabucco is now expected to start operations in 2017 instead of 2015, as previously expected.

Traikov's announcement about the gas interconnection with Turkey comes a day after his meeting with his counterpart from Azerbaijan Natiq Aliyev, who confirmed that Azerbaijan can start shipping to Bulgaria about 1 billion cubic meters of natural gas per year as soon as the gas links between Bulgaria and Turkey, and Bulgaria and Greece are completed.

On Thursday, Bulgaria's state-owned gas company Bulgargaz replaced the CEO of its subsidiary Bulgartransgaz, one of the major arguments for the change being the need to speed up the construction of the Bulgaria-Turkey gas pipe.

The working group of the Bulgarian government has concluded that the best option for the Bulgaria-Turkey gas interconnection would be if it is built by Bulgartransgaz and Turkey's state company Botas.