Minimum Monthly Wage in Bulgaria to Go Up September 1 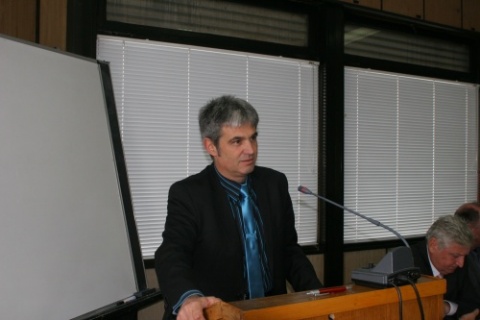 Plamen Dimitrov is serving as temporary President of the Bulgarian KNSB labor union until 2012. Photo by BGNES

The news was reported Thursday by the President of the Confederation of Independent Syndicates (KNSB), Plamen Dimitrov, who spoke after a meeting of the so-called Three-Way Council between the labor unions, the business and the cabinet.

The trade union leader, however, pointed out KNSB does not agree with the set date, and continues to insist that the wage should be increased on July 1, as previously announced.

The business is divided with some wanting the September 1 date and others being firm on July 1.

Dimitrov further says the trade unions have agreed on the amount of BGN 270 as an intermediary step, and would demand another upgrade – at least BGN 290 after January 1, 2012.

All institutions in Bulgaria, operating on the so-called delegated budgets such as middle and high schools and the Agency for Social Assistance, are to receive additional funding to reflect the raise of the minimum monthly wage, according to Finance Minister, Simeon Djankov.

The Three-Way Council is to meet again on July 5 to debate the raise of the widow's and widower's retirement pensions, which currently are 20% of the pension of the deceased spouse.

Djankov's idea is to increase this amount by 6%-7%, beginning September 1, and if the budget allows it – to gradually up it further after January 1, 2012.

The trade unions want the funds slated for the widow's and widower's pensions to be divided among all retirees, which will up their pensions by 2.5% on September 1.