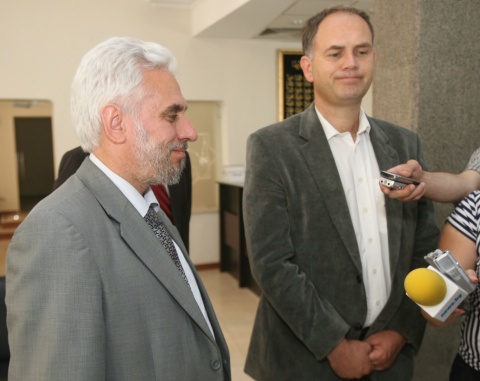 Georgi Kadiev, the leftist Bulgarian Socialist Party's runner for Mayor of the capital Sofia, has stated he has "nothing against" the possible construction of a second Mosque in the city.

If necessary, even a third and a fourth Mosque may be built, as well as a Synagogue or an Armenian temple.

However, Kadiev, who on Wednesday met the Chief Mufti of the Bulgarian Muslim Community, has set a restriction for the potential future mosque - it should not have loudspeakers, as their sound may be found too aggressive by the rest of the citizens.

Kadiev pointed out that most of Sofia's Muslim community, between 30 000 and 50 000 people, are foreigners and do not have the right to vote, stating his endorsement is not populism.

At the beginning of June, Bulgaria's ethnic Turkish party, Movement for Rights and Freedoms, DPS, demanded to have a second mosque built in the capital Sofia.

On May 20, supporters of the far-right, nationalist Ataka party, led by party Chair, Volen Siderov, shocked Bulgaria as its rally protesting against the use of loudspeakers by the mosque got out of hand, and activists of Ataka assaulted praying Muslims in front of the mosque.