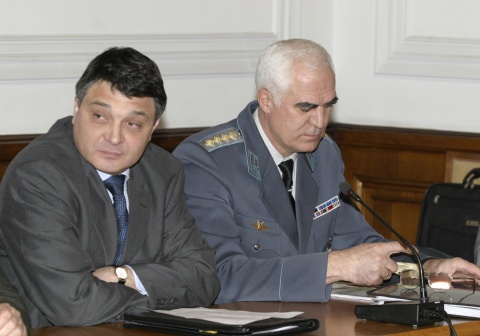 Bulgaria's former Chief of General Staff, Nikola Kolev, currently Chief of Staff of President, Georgi Parvanov, has provided valuable information to the US Embassy in the beginning of 2003.

The revelation comes from an US diplomatic cable, stamped as Secret, dated January, 10, 2003 and titled "Squaring the Lawyer's Circle – Leading Figures in Bulgaria's Ruling NMSP Party Come under Attack." The cable is signed by CDA Roderick Moore.

The cable was released by WikiLeaks and provided to the project for investigative journalism www.bivol.bg. It brings out new details about key figures from the party of former King and Prime Minister, Simeon Saxe-Coburg, National Movement for Stability and Prosperity (NMSP)

According to the cable, "Gen. Kolev has leveled charges of corruption within the Ministry of Defense, MOD, in a (thus far) still secret report delivered to the President and senior MOD leaders."

The cable further tells about the so-called "Gnome" wiretapping scandal involving the then Chief Prosecutor, Nikola Filchev, the Speaker of the Parliament, Ognyan Gerdzhikov, the leader of the NMSP Parliamentary group, Plamen Panayotov, the Interior Minister, Georgi Petkanov, and Svinarov – all except the latter, known to be part of the powerful Lawyers' Circle.

The cable alleges they were all close to Saxe-Coburg's "notorious former Chief of Staff, Stoyan Ganev."

According to the cable, Svinarov also had ties with "reputed organized crime figure, Vasil Bozhkov."

The most startling revelation from this cable, however, remains the "recruitment" of Gen. Kolev, who informed the Americans about the concealed report of corruption within MOD.

The phrase "strictly protect," is following the mention of Kolev's name – a phrase related to the US Embassy's most valuable informers, according to Bivol.bg.