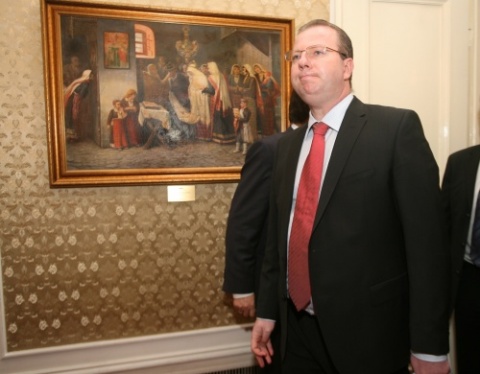 The work computers of 26 officers from Bulgaria's National Revenue Agency unit in capital Sofia have been sealed in a police operation targeting tax fraud.

"A police operation codenamed "The Untouchables" is being carried out in connection with tax evasions amounting to some BGN 21 M," revealed Bulgarian Minister of Interior Tsvetan Tsvetanov.

The operation has been carried overnight, with a number of addresses and other locations searched.

Minister Tsvetanov thanked both the National Revenue Agency management and the Prosecutor's Office for co-operation.

Recently there have been major director reshuffles at the Revenue Agency's Sofia unit over allegations of mismanagement.

Tuesday Bulgaria's Minister of Finance Simeon Djankov alleged that officers of the Revenue Agency are involved in giving protection to certain individuals to evade taxes.