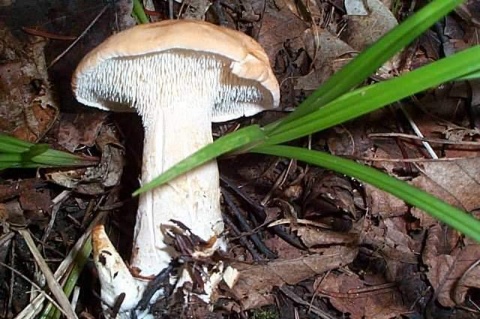 Photo of the hedgehog mushroom by Lazov.eu

The shipment of Bulgarian mushrooms destroyed in the UK due to excessive radioactivity is an isolated case that has nothing to do with the aftermath of the Chernobyl disaster, according to the head of the Bulgarian Food Safety Agency.

Saturday the Daily Mail reported that UK border authorities had discovered and destroyed a ton of dried Bulgarian wild mushrooms that exhibited levels of radiation from cesium 137 10 times higher than the allowed norm.

The Daily Mail further quoted UK agencies linking the radiation nature of the shipment with the aftermath of the Chernobyl NPP disaster back in 1986.

"The mushrooms in question have been harvested in an area in the Rhodope Mountains nearby the site of shut-down uranium mines. Thus the radiation found in them is not caused by Chernobyl," said Bulgarian Food Safety Agency director Yordan Voynov for Darik Radio.

Voynov clarified that the shipment amounted to 600 kg, rather than a ton. It has been shipped first to the Netherlands and then on to the UK. The mushrooms are from the Hydnum repandum species, known as Wood hedgehog or Hedgehog mushroom.

The Food Safety Agency director assured that this is an isolated case and no radioactive mushrooms are sold on the Bulgarian market.