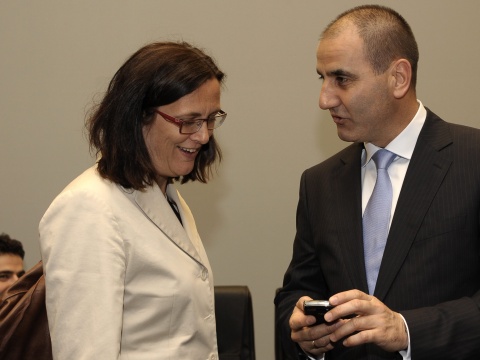 In a move predetermined by the Netherlands, the European Union decided Thursday to keep Bulgaria and Romania out of the Schengen zone, even though they have met all technical requirements.

The Netherlands will come up with a stance on Bulgaria and Romania's Schengen bids in 2012, following a test period for the two countries, Immigration Minister Gerd Leers announced earlier on Thursday.

That doomed the move of the European Union, which needs unanimity.

European Union interior ministers met in Luxembourg just a day after the non-binding vote of the European Parliament, which allowed Bulgarians and Romanians to travel across Europe without a passport.

EU interior ministers have acknowledged that Bulgaria and Romania's border controls have risen up to meet Schengen standards, but the decision for a date for their entry into the system was delayed due to concerns over their ability to control their borders with non-EU neighbors.

The Dutch Minister said his country would demand that the two Balkan states be able to effectively guard collective borders.

The next monitoring report from the European Commission on justice reforms and the fight against corruption in the two countries is due in July 2011.

"We will carefully study the report", Leers said, highlighting that the Dutch government would take more time to decide.

The test period is expected to last until the next cooperation and verification mechanism report, due in 2012, a Dutch source speaking on condition of anonymity specified.

Bulgaria and Romania, which have been coupled ever since their joint accession to the European Union in 2007, failed to enter the border-less zone in March this year, although claiming that all requirements for it had been met.

Bulgarian experts are unanimous that the country meets the technical requirements. The real problem rather seems to be the threat of information leakages and Greece's porous border with Turkey.

Analysts say the reluctance of France, The Netherlands, Germany and Austria to let the Balkan country join the Agreement in 2011 is both because of domestic politics and because they really believe the entry into Schengen will be premature, just as the EU entry.