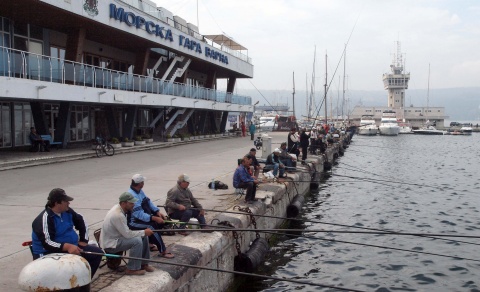 The fishing in the Black Sea continues to be on the rise in spite of the decreasing fish shoals. Photo by BGNES

The fish resources of the Black Sea are highly depleted by overfishing, according to Prof. Daniela Klisarova, Director of the Institute on Fish Resources in Varna.

Out of over 200 fish species and over 500 mollusc and seaweed species in the Black Sea, only about a dozen species remain commercially attractive as the fish shoals have been thoroughly depleted, she said. These provide 98% of the amounts of fish extracted from the Black Sea.

"We need an improved fish resource management policy by all states taking into account the condition of the fish reserves. This means that we need a better policy to prevent overfishing at the national level in accordance with the EU policies as well as on the regional level," said the head of the Institute on Fish Resources, which also hosts the Varna Acquarium.