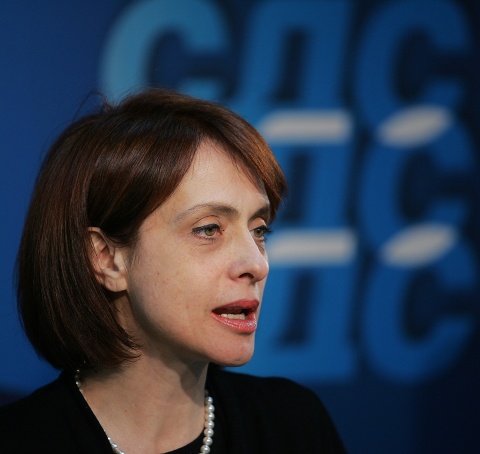 The presidential nomination of former EU Commissioner is amorphous, according to Bulgarian EPP MEP Nadezhda Mihaylova-Neynsky.

In a publication in 24 Hours daily, she levels criticism at the newly announced presidential bid and at the governmental practices introduced by former Tsar and Prime Minister Simeon Saxe-Coburg and current Prime Minister Boyko Borisov.

Before her term in office as an EU Commissioner in charge of consumer protection, Meglena Kuneva was an MP from the National Movement for Stability and Prosperity (NSMP), a party formed by Saxe-Coburg.

According to her, the initiative committee behind Kuneva, which consists of left and right wing intellectuals, has chosen to support her as a "civilizational", rather than a political, alternative to the status-quo.

Neynski believes that Kuneva has attracted support with her foreign language skills, her well-read personality and civilized manners.

Other factors that have played to her advantage, Neynsky says, are the lack of strong candidates of other parties and the long-delayed announcement of their bids.

"The most important question remains- could the choice of a president be driven by civilizational concerns? Could it boil down to a clash of personalities? What is the political alternative that Kuneva stands for? What is her political platform? And who can guarantee that the people who support her today will not be used for unknown purposes tomorrow?", the rightist MEP asks.

In her words, recent Bulgarian history keeps a record of a number of leaders who vowed to serve as "spokespersons of the people" only to start pursuing private interests instead of the common well-being.

"Following the example of Simeon Saxe-Coburg, Borisov turned Parliament into a voting machine for decisions of the government", Neynsky argues.

"The judiciary has been tightly cornered, stigmatized by alleged corruption on the part of the executive, which is equally mired in such accusations", she adds.

According to the EPP MEP, all of this had led to a denied entry into Schengen, denied membership in the Eurozone and a silent withdrawal of investors from Bulgaria.

Against this backdrop, she highlights, Kuneva emerged as "the new star", trumpeting ambitions to return Bulgaria to Europe, to do away with kitsch in politics and everyday life and to reinstate faith in civil rights and civil society

According to Neynsky, however, Kuneva's bid runs counter to the European rules she says she is defending.

By declaring herself non-partisan and a "candidate of the citizens", the former EU Commissioner fails to commit to a specific political philosophy, be it left, right or center.

In Neynsky's opinion, the clash of diverging ideas, which Kuneva is trying to avoid, is what guarantees democracy.

"The rest is pseudo-democracy, a dreadful abuse of people's trust", she states.

"The all-too-familiar "Simeon Saxe-Coburg" model (repeatedly referred to as "the Tsar" on purpose) of blurring boundaries, of destroying the political and the parliamentary democracy, nowadays presents itself in two versions- Kuneva and Borisov- two people that differ only from a civilizational perspective".

Neynsky believes that what Bulgaria needs today is a presidential race among confirmed democrats nominated by right wing, left wing or centrist parties.

"The abstraction that is offered to us is no more than a glittering cover for unclear interests", she warns, adding that totally independent candidates do not exist.

In her words, even the vaguest support by a political party is a better guarantee than the support of "a shadow".

"The people", "the citizens" are all general categories which were used to justify a number of misdeeds", she warns, calling on political parties to come up with clear candidates, well-defined platforms and engage in serious debate on the future of Bulgaria.