Berbatov Back to University, Takes Exams 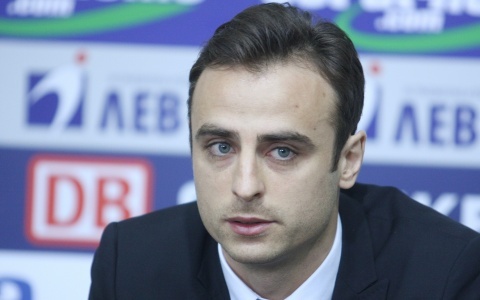 Dimitar Berbatov, Manchester United's striker and Premiership's top goalscorer, is in Bulgaria, where he is using the opportunity to take some of his university exams.

Berbatov is a freshman in the Bulgarian National Sports Academy's Sports Management program. On Tuesday, the prolific forward met his teaching staff and delivered the papers he had to do, nsa-management.com said.

Berbatov's oral exams in Psychology and Sports History took him the longest, but he took all of them successfully. Upon leaving the Academy, he received further reading assignments.

The striker's future at Old Trafford is still uncertain. According to media reports, Manchester United are willing to let the Bulgarian go, should they receive a GBP 15 M bid. In 2008, the legendary club signed him from Tottenham in a record over GBP 30 M transfer deal.

PSG, Newcastle, German squad Borusia Dortmund, Juventus, Roma, Bayern Munich and his former club Tottenham are said to be ready to offer the 30-year-old an escape route from his current tough situation in the team, even though he has stated on multiple occasion he wants to end his career at Old Trafford.