76 Projects Bid for Logo of Sofia as European Culture Capital 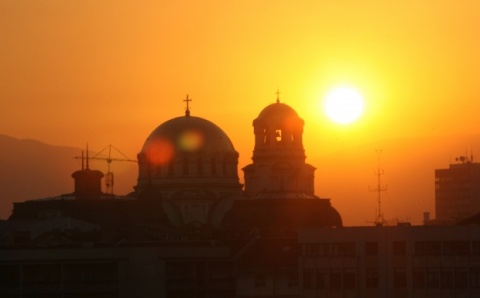 In April, the City Hall launched candidature of Sofia to become European Culture Capital in 2019. Photo by BGNES

A total of seventy six bidders from Bulgaria, Germany, Greece, Finland and Portugal are taking part in the contest for a logo of the Bulgarian capital Sofia.

The news was reported Sunday by the Bulgarian daily Trud (Labor).

The logo is titled "Sofia – Candidate for European Culture Capital 2019."

On June 10, a seven-member panel will make the preliminary selection of the top 20 projects. They will be on display on "Ivan Shishman" street in downtown Sofia, beginning June 18.

The exhibit is part of the agenda of Sofia Design Week.

The international jury is then to select the top five finalists. Bulgarian members include the Mayor of Sofia, Yordanka Fandakova and culture expert, Alexander Kiosev.

Two European capitals are selected as culture capitals each year from two European countries. For 2019 the drawing has designated Bulgaria and Italy. In addition to Sofia, the Bulgarian cities of Varna, Veliko Tarnovo and Plovdiv are also entering the competition.

The contest between the latter is beginning in 2013 and the winner will be announced in 2015 by the Council of Ministers of the EU.