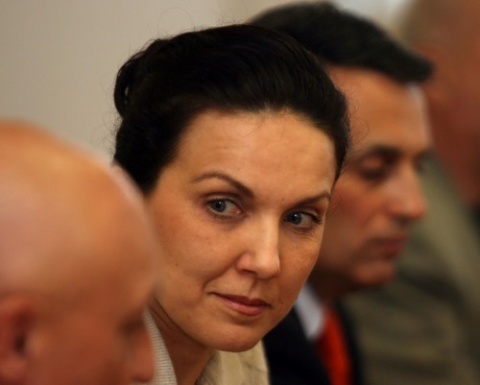 MEP, Antoniya Parvanova, took part in the round table, dedicated to violence against women. Photo by BGNES

One of every four Bulgarian women has been a victim of domestic violence, according to data from the Interior Ministry.

The report was present by Deputy Interior Minister, Veselin Vuchkov at a round table dedicated to violence against women, held Saturday in the Black Sea capital Varna.

The forum is organized by the Information Office of the European Parliament with the participation of MEPs, representatives of the Interior Ministry, of the judicial system and NGOs.

The victim of an acid attack, Maria Boneva, also addressed the participants.

According to Vuchkov, women in the second largest Bulgarian city of Plovdiv log the most domestic violence complaints with 255 police orders for protection issued there in 2010. Plovdiv is followed by the Black Sea cities of Burgas and Varna. A total of 1 408 such orders have been issued in Bulgaria in 2010.

During the same year, women have been 36% of all crime victims with most of them over 40 years of age, and falling pray mainly of robberies, theft and fraud.

Vuchkov said the country has a good network for reaction to cases of domestic violence, but a huge part of the problem remains hidden since many of its victims do not file reports.

MEP, Atnoniya Parvanova, reported that across Europe one of every five women is subject to domestic violence with 10% of all females suffering sexual harassment. She informed that in May, 2011, the European Commission has proposed a Directive for Minimum Standards for Rights, Support and Protection of Crime Victims along with a Regulation for Mutual Acknowledgement of Measures to Protect Victims, adding there is a need for a Directive for Countering Domestic Violence.

According to the MEP, the EU expenses related to domestic violence amount to EUR 16 B a year.

It was further reported that Bulgaria is the only European country where the crime of attacking women with acid exists.