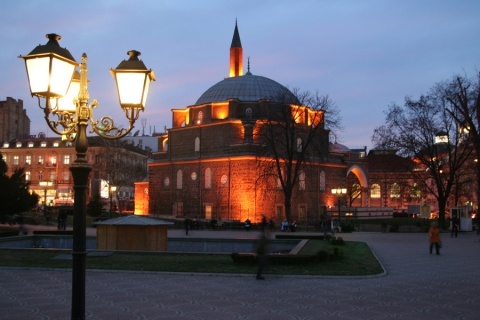 Bulgaria's ethnic Turkish party, Movement for Rights and Freedoms, DPS, is demanding to have a second mosque built in the capital Sofia.

The request to the cabinet and the City Hall was made in the Parliament Friday by the DPS Deputy Chair, Luytvi Mestan.

"You will hear from us good words about Mayor, Yordanka Fandakova, only after the procedure to build a second place for Muslim prayer is launched. This will resolve the issue with people praying on rugs on the sidewalk. We do not understand what is stopping the decision about having a second mosque or how is it possible to oppose the right to protest to religious freedoms," Mestan said.

On behalf of his party, the MP appealed the executive and legislative power to not become in any way collaborators in attempts to conceal the truth about what happened on May 20, telling Interior Minister, Tsvetan Tsvetanov and Culture Minister, Vezhdi Rashidov, who is from ethnic Turkish background, they know better the incident does not involve simply setting prayer rugs on fire.

The two Ministers were in the Parliament for the regular parliamentary control session.

On May 20, supporters of the far-right, nationalist Ataka party, led by party Chair, Volen Siderov, shocked Bulgaria as its rally protesting against the use of loudspeakers by the mosque in downtown Sofia got out of hand, and activists of Ataka assaulted praying Muslims in front of the mosque and set their rugs on fire.

"This has no precedent in the history of any other country. Even totalitarian regimes have not allowed such serious incidents. For us this fire equals an attempt to set ethnic peace in Bulgaria on fire," Mestan declared.

The DPS Deputy Chair further demanded from Tsvetanov to answer what action the authorities are going to undertake, regarding Siderov's threats, made on May 20, he was to bring next time thousand more, better dressed, people to attack the police.