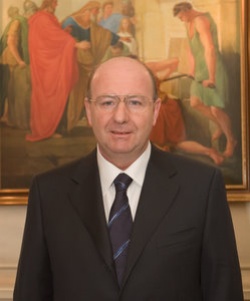 We arrived in Bulgaria in 2003. The market there was still in a rather early stage, from all points of view, and Bulgaria, just like the rest of the world, was in the midst of a real estate and other speculative bubbles.

When we approached the Bulgarian authorities, and in particular the local authority of Svoge, with our proposal to jointly develop the "Sreden Iskar" project, many reacted with incredulity.

A complex industrial project, with a long-term horizon, and in an area that was still almost entirely in the hands of the state.

Yet today, a number of years later, many have come to realize the strategic value of our proposal, which was nothing more than a repeat of what had already been achieved in Trentino, where for decades now many local authorities have been boosting their budgets with the proceeds from their hydroelectric plants and, despite the adverse geographical and morphological conditions, manage to guarantee a good quality of life and thus convince the population to continue living up in the mountains.

As is always the case, the clearest and most simple solutions are also those most likely to succeed.

Of course, building a partnership between the public and private sectors is no easy task: the people involved have a different legitimation of authority and interests, which can, at times, be antagonistic.

But it is precisely in the constant search for balance and dialogue between two such different partners that the most significant aspects of this particular combination of market and common good interests can emerge.

When a community decides to believe in a partnership, like that of Svoge placing its trust in the skills and professionalism of PVB Power Bulgaria, the investment approach too can be positively affected: the enterprise takes on a "social" relevance locally, without neglecting its business approach and its duty to ensure an appropriate return for its shareholders and institutional investors.

The example I could mention, among many, is the decision made years ago - certainly not light-heartedly - to solve the tragic problem of connecting our plants to a network unable to adequately receive the energy we were producing.

Thanks to our partnership with the local authority, and to our relationship with the community at large, we launched a constructive dialogue with the network operator too, which allowed our company to build nearly 15 km of network, undertaking to purchase it from us at a later date.

In this case, instead of posing a problem and demanding a solution, even though provided by law and viable in the short term, we proposed and shared an alternative solution, which enabled us to speed up our investment, thus linking the interests of the community to those of the business venture.