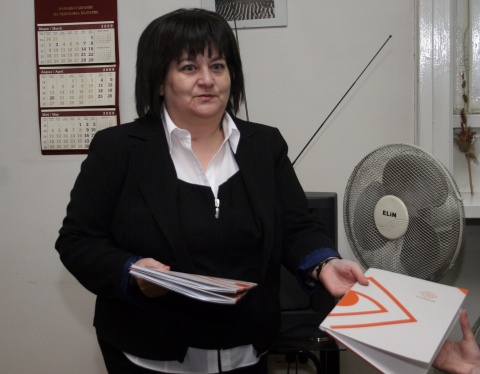 Lilia Yordanova, head of the National Center for Study of Public Opinion (NZIOM), may be forced to resign due to her disparaging remarks about the supporters of the Bulgarian Socialist Party. Photo by BGNES.

MPs from the opposition Bulgarian Socialist Party (BSP) demanded the resignation of Lilia Yordanova, Director of the state-owned National Center for the Study of Public Opinion (NZIOM), over her statement that Socialist supporters are "a marginal social stratum."

In a letter to Parliament Speaker Tsetska Tsacheva, Georgi Bozhinov from the Bulgarian Socialist Party (BSP) suggests that the work status of Yordanova be reconsidered.

In a separate media statement, Bozhinov cites Yordanova's statement in a Bulgarian daily "The Bulgarian Socialist Party and the Movement for Rights and Freedoms (i.e, the ethnic Turkish party DPS - editor's note) have a profile predominantly characterized by marginal social strata in comparison to the right-wing voters and the ruling party".

He insists that it is inadmissible for anyone in the country to assign such qualifications to any political party without referring to any sociological parameters.

"I believe that this statement insults broad swathes of Bulgarian society, engaging a parliamentary structure in an unacceptable way", Boizhinov explains.

Earlier Wednesday, socialist MP Rumen Petkov echoed Bozhinov's opinion, condemning Yordanova's words. In his words, she should immediately resign from the position of NZIOM director because it is not her job to characterize supporters of one or other political party.