Bulgaria's National Palace of Culture to Be Banned from Privatization 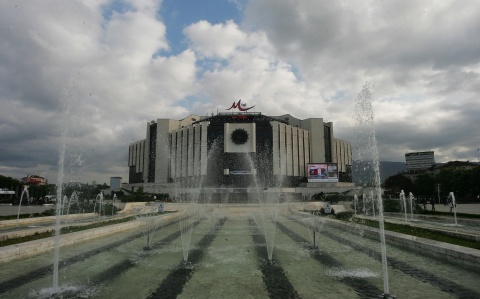 The National Palace of Culture (NDK), a landmark congress and exhibition center situated in downtown Sofia. Photo by BGNES.

The Bulgarian government has proposed to add two new business entities to the list of companies banned from privatization through a supplement to the the Privatization and Post-privatization Control Act.

According to the announcement, the rationale behind placing the two companies on the"no-privatization" list, which includes companies with more than 50% state participation, is that they are of crucial importance for the country.

The proposal for the National Palace of Culture (NDK), Bulgaria's biggest congress and exhibition center, comes after Finance Minister Simeon Dyankov announced on May 27 he would ban the privatization of the landmark building in downtown Sofia.

Dyankov vowed to retain the center's functions and to boost its popularity abroad. The move echoed claims of several Bulgarian unions, including those of the Bulgarian architects, filmmakers, artists and composers, which demanded that NDK's privatization should be abolished. Their concerns were triggered by a change in the center's status.

In early May, NDK was transformed into a public limited company (PLC) via a decision of the cabinet, which put the Finance Ministry in charge of is management and launched an audit procedure.

Fish Resources EOOD is 100% owned by the Ministry of Agriculture and Foods. Its main functions are reconstruction, modernization and management of fishing ports, which are public state property.