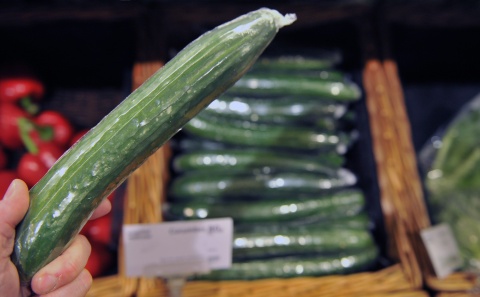 Cucumbers at a market in London, Britain, 31 May 2011. Spanish cucumbers suspected of causing 16 deaths in Europe have been cleared in laboratory tests, German scientists said, leaving the source of a deadly E. coli bacterium a mystery. Photo by BG

The confirmed number of E.coli infections in Germany has risen from 373 on Tuesday to 470, according to information of the Robert Koch Institute (RKI), Germany's national disease institute.

The data has been adjusted to the official statistics for Monday and Tuesday, international media reported.

Germany has blamed the outbreak on organically grown cucumbers imported from Spain. The cucumbers are suspected to have been contaminated by the enterohaemorrhagic E. coli strain.

Local authorities point out that, since mid-May, when the infection hit in the country, 15 people have died to Haemolytic-uraemic Syndrome (HUS), a medical condition which causes kidney problems and diarrhea and is potentially fatal.

In Sweden, the E.coli infection has claimed the life of a woman who recently traveled to Germany.