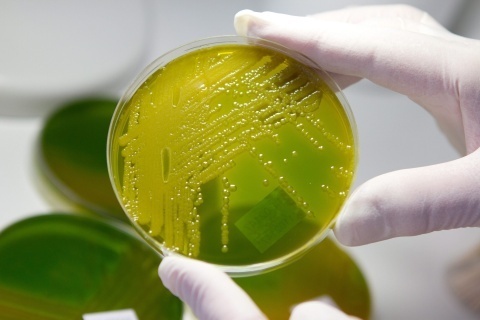 The death toll of the mysterious E coli epidemic spreading in Europe has risen to 15, after a Swedish woman passed away Tuesday.

The 14 other fatalities have occurred in Germany. The deceased Swedish woman had traveled to Germany before, as have been others diagnosed with he hemolytic uraemic syndrome across Europe.

More deaths are feared as hundreds are in a heavy condition. Health authorities have commented on the unprecedented extensiveness of  the epidemic and severity of the disease.

People have been infected with a comparatively rare strand of Enterohemorrhagic Escherichia coli (EHEC). The bacteria causes the so-called hemolytic uraemic syndrome, which leads to hemolytic anemia and might cause acute renal failure and death.

Lab tests are underway in an attempt to determine the causes of the mysterious deadly epidemic.

Similar cases, but this far no deaths have been reported in a number of other European countries.

Tuesday Bulgarian Minister of Agriculture and Foods Miroslav Naydenov reiterated that no cucumbers have been imported from Spain into Bulgaria.

Naydenov assured that authorities are continually checking the safety of produce being sold in the country and advised that cucumbers produced in Bulgaria meet all hygienic standards.

As always, vegetables should be thoroughly washed before consumption.