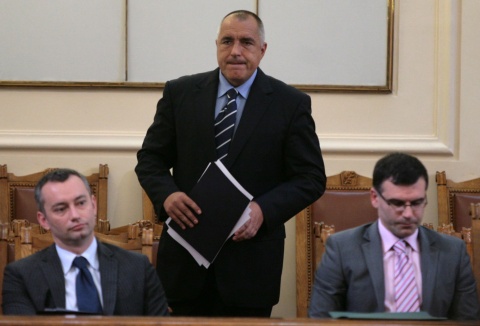 Bulgarians, residing abroad, sent a letter to Foreign Affairs Minister, Nikolay Mladenov, and Finance Minister, Simeon Djankov, insisting on having their support in organizing a vote for Public Councils in October.

The vote is to be held simultaneously with the presidential and local elections in Bulgaria in the fall.

The authors remind that as early as 2000, the Law for Bulgarians Living outside Republic of Bulgaria has been passed, providing for the establishment of a National Council of Bulgarians Abroad, which is to have nine members, five of whom from the diaspora. The same law provides for creating consulting bodies of Bulgarian communities abroad at Bulgarian diplomatic representations in the respective country.

"Eleven years later these bodies are yet to materialize... As we note violations of the rights of Bulgarians abroad, we, Bulgarian citizens from France, the US, Australia, Canada, Germany, Greece, Spain and Brazil, declare that we are forming Temporary Public Councils of Bulgarians in the above listed countries under Article 5, Paragraph 3 of the Law" the letter reads.

The diaspora further insists on the organization of elections to vote on legitimate and representative Public Councils in the respective countries, simultaneously with the presidential and local elections.

The authors appeal to Djankov and Mladenov to support the establishment of a National Council of Bulgarians Abroad, to be elected by Bulgarians residing outside the country, pointing out there is a need of only small amendments to the Law for Bulgarians Living outside Republic of Bulgaria, a law currently not functioning.

In the beginning of the year, the State Agency for Bulgarians Abroad announced they are mulling changes in this Law. The diaspora reacted strongly, saying no one ever asked for their opinion, suspecting the Agency of attempting to appoint their own people at the National Council.

The letter reminds that the proposal of a number of organizations of Bulgarians abroad to establish election districts outside the country was not included in the new Election Code, demotivating Bulgarian voters in foreign States to take part in the election process.

The authors reiterate the demand to eliminate from the Constitution the ban on people with dual citizenship to run for Members of the Parliament.

"Bulgaria does not end at the border checkpoint. Bulgaria is everywhere where Bulgarians live," the letter concludes.